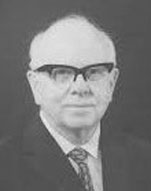 Ernest James William Barrington (1906-78) (1909‐1985) was born in Putney, London. He was a notable musician and went up to Oriel College, Oxford on an organ scholarship. It was while at Oxford he developed his interest in Zoology gaining a first‐class honours B.A. in 1931. He was appointed as a lecturer in zoology at University college, Nottingham in 1932, where he stayed until he retired in 1974, although interspersed by working visits to eminent scientists around the world. His early work on the Islets of Langerhans in cyclostomes and amphibia in the 1940s is attributed to be the basis of his conversion to, and lifelong interest in the area of comparative endocrinology.

Professor EJW Barrington was a key figure in the development of comparative endocrinology through his scientific work, through the textbooks he wrote and his outstanding service to the scientific community. Recognition of his contributions is evident by his election to the Royal Society of Britain in 1967. His seminal scientific contributions include notions about the function of the pancreas and pancreatic islets and the thyroid of fish and endostyle of the lower chordates. He was a gifted writer and communicator as is evident from the numerous books and reviews he produced in his lifetime. His first book was, “An introduction to general and comparative endocrinology” (1963) and was followed by “The biology of the hemichordata and the protochordata” (1965), “The chemical basis of physiological regulation” (1968) “Hormones and evolution” (1974) amongst others.

For his services to the Zoological society he was awarded the Frink Medal in 1976. He was a founder member of the Institute of Biology, UK in 1950, was President in 1980 and oversaw the receipt of a Royal Charter. After his election to the Royal Society in 1967 he was a member of the council from 1970‐1972 and became the Vice‐President during 1971‐1972. He retired from the Chair in Zoology in 1974 and was awarded an honorary DSc from the University of Nottingham in 1975 and remained active and contributed decisively to many organisations until 1984. 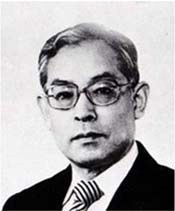 Hideshi Kobayashi (1919‐2012) was born in Yonago, a small city at the west part of Honshu Island, Japan. He received his PhD from the Department of Zoology, the Imperial University of Tokyo. There, he spent 20 years teaching and conducting experimental research as a faculty member. In 1970, he moved to Misaki Marine Biological Station of the University of Tokyo as a professor. He retired in 1979 but spent 8 years at the Department of Biology, Toho University, and 12 years at the Central Research Laboratory of Zenyaku Kogyo Co., Ltd. Regardless of his professional situation, he had a broad interest in diverse aspects of biological phenomena and enjoyed challenges in comparative endocrinology throughout his life. He died on December 24, 2012.

Professor Kobayashi was the first international figure and founder of comparative endocrinology in Japan. He introduced this field to Japan through his collaborations with leading researchers all over the globe. His first experience in international cooperation started in 1957 when he visited Professor Aubrey Gorbman’s laboratory at Columbia University. After that, he visited many laboratories for collaboration from around the world including Professors H.A. Bern, D.S. Farner, A. Oksche, and many others.

During his research career of more than 60 years, Professor Kobayashi consistently followed a path of scientific discovery and led the field of comparative endocrinology. He introduced modern histochemical, biochemical, electron microscopic, and physiological (stereotaxic) techniques into endocrinology and made remarkable progress in his major theme of ‘hypothalamic control of pituitary function’. The new ideas that he proposed during this period are now widely accepted. Later, he developed further his ideas on the evolution of the hypothalamo‐hypophysial system and proposed a new function for the median eminence. His pioneering work was recognized by an invitation to present a paper in the same symposium with Andrew Schally and Roger Guillemin who were later awarded the Nobel Prize in Physiology or Medicine. He was awarded the Japan Zoological Society Prize in 1972 and Japan Academy Prize
in 1983 for his excellence in research.